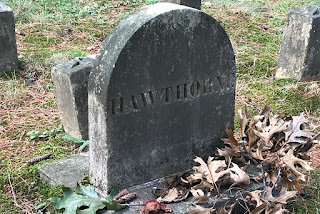 He’s buried in Sleepy Hollow Cemetery, in Concord, Massachusetts. He died in 5/19/1864, and his pallbearers included Ralph Waldo Emerson, Henry Wadsworth Longfellow, and Amos Bronson Alcott (Louisa May Alcott’s father). Hard to imagine the conversation that took place that day.


As Mr. Alcott stood facing Hawthorne’s tombstone he could have looked over his right shoulder and viewed his own future grave site, and that of his daughter, 24 years later. It’s no more than 40 yards away. Amos and Louisa died two days apart and had a joint funeral. 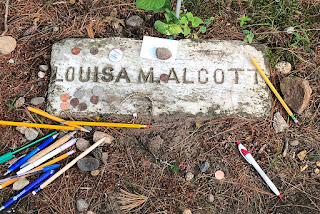 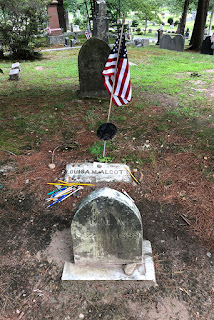 Adjacent to the Alcott’s family plot is the grave of Henry David Thoreau, who died of tuberculosis 2 years before Hawthorne. Walden Pond, the place where Thoreau lived for two years and inspired his classic book “Walden”, is close by. 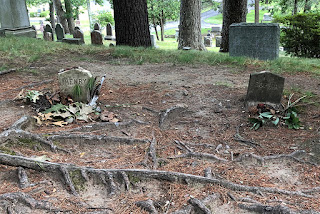 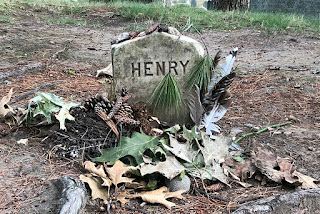 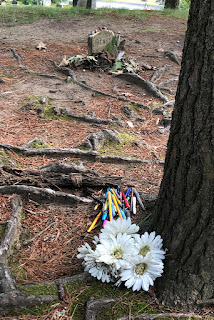 Emerson could have walked up a short hill past the Alcott’s and viewed his future grave site. It’s only a stone’s throw from where he stood as pallbearer. He died 18 years after Hawthorne of pneumonia. 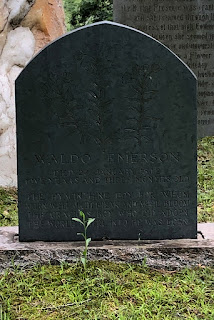 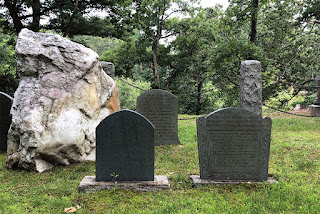 Sleepy Hollow Cemetery has beautiful rolling hills and trees that may be as old as those buried there. I have read that Hawthorne and his wife Sophia would walk this area when it was still farmland and dream of building a house on one of the hills. Later it became their grave site, but she was not moved there until 2006, after their descendants moved her and their daughter from their burial site in England. 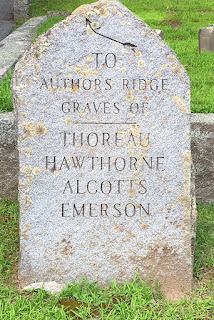 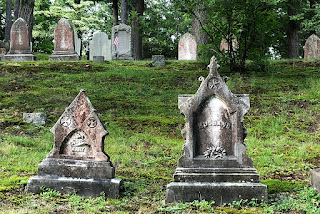 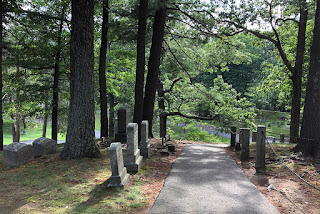 Hawthorne was born in Salem, Massachusetts on July 4, 1804. His birth house was saved from being torn down in favor of a parking lot in 1958, and it now stands on the same property as the fabled House of the Seven Gables. Hawthorne first became acquainted with the place after his cousin inherited the house and estate. She suggested he use the house as a backdrop for a story, and the wrote his famous novel after publishing "The Scarlet Letter". 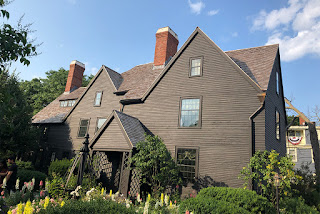 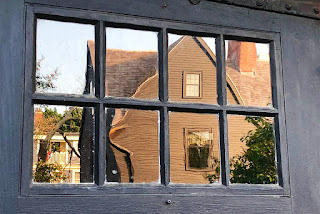 Walden Pond is now a state park and a walking trail circles the pond and woods that inspired Thoreau during his two year stay there. The location of his cabin is marked, although the cabin was removed after he vacated it.  .

Posted by Craig Elliott at 7:09 PM