I finally visited Key West last week. It’s been on my bucket list for some time, but I haven’t had a chance to go down long enough to justify the long drive. This time I ended up with an abbreviated eight hour visit, courtesy of my first cruise, with Key West as the first stop.

Only twelve hours into the cruise we stopped at Key West, which began with a shuttle tram through a military base where the Navy Seals train. No pictures during the ride through the base, but I got plenty of shots later, which I have added below.

Eight hours is just enough to touch the edges and not get into the depths of what the town is all about. I put my backpack on and walked for hours. I like seeing details, and I don’t see as much of that from a tour bus, although the commentary is interesting. Walking through a few shops and checking out the historic seaport covered my first couple of hours, and then I headed into the neighborhoods, where numbers of tourists began to thin out.

At a crossroads where fencing marking the base I turned right and headed back up toward the crowds, passing the lighthouse and Ernest Hemingway’s house, then on to Duval Street. If anything happens in Key West it happens on Duval.

Walked in St. Paul’s Episcopal Church. A beautiful building, it may have been open because our stop happened to be on a Sunday.

Stopped in for a slice of key lime pie. One of my favorites, and it doesn’t get more authentic than here.

Feral chickens run loose on the island. They're protected by local law. And keep an eye out for a six-toed cat. Descendants of a cat owned by Hemingway, according to legend, they are in and about his house.

The locals aren’t out until later, according to someone I spoke to. The bars fill up after the tourists leave, and the bars on the windows are to keep the residents from falling out. Guess there’s nothing like living in paradise.

The Key West sunsets are supposed to be legendary, but that’s one major drawback of a stop on a cruise. You arrive by daylight and leave the same way. Maybe next spring? I’d like to stay long enough to see Dry Tortugas National Park, by seaplane. 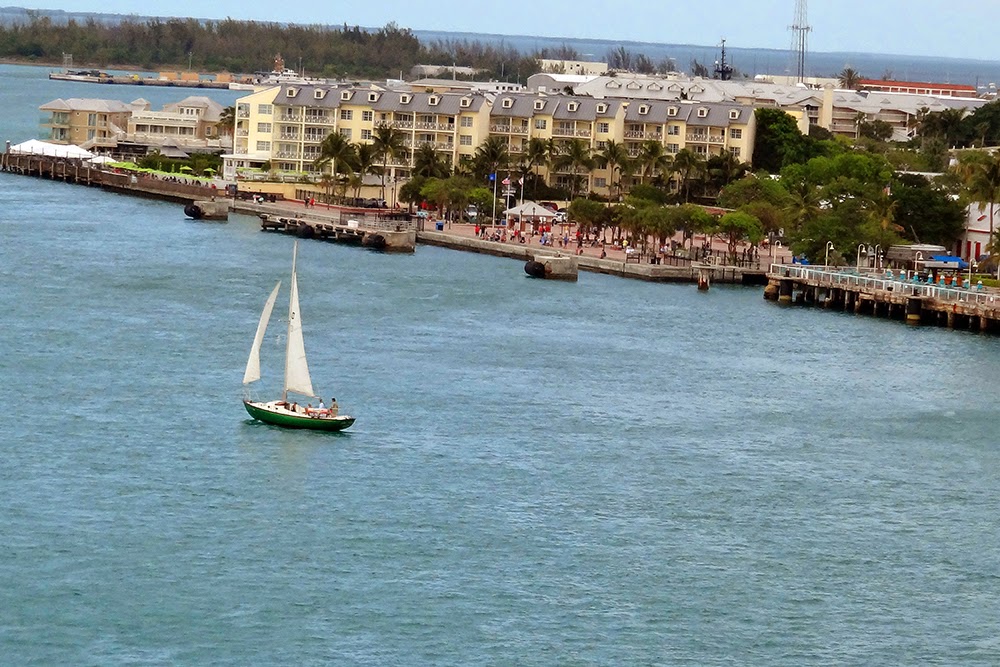 Taken from the cruise ship as we left Key West toward Cozumel, Mexico 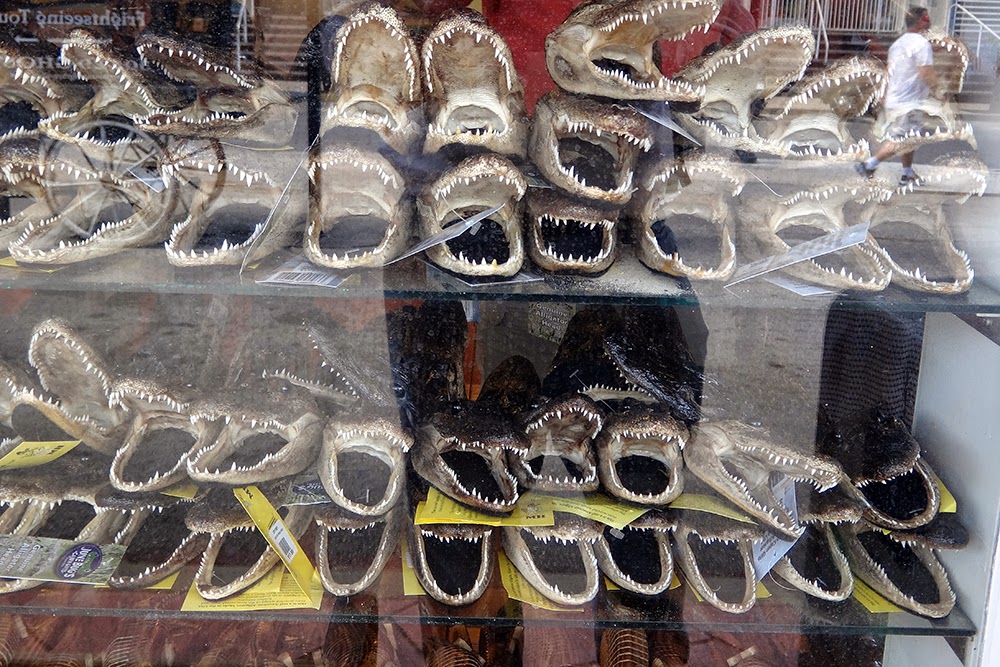 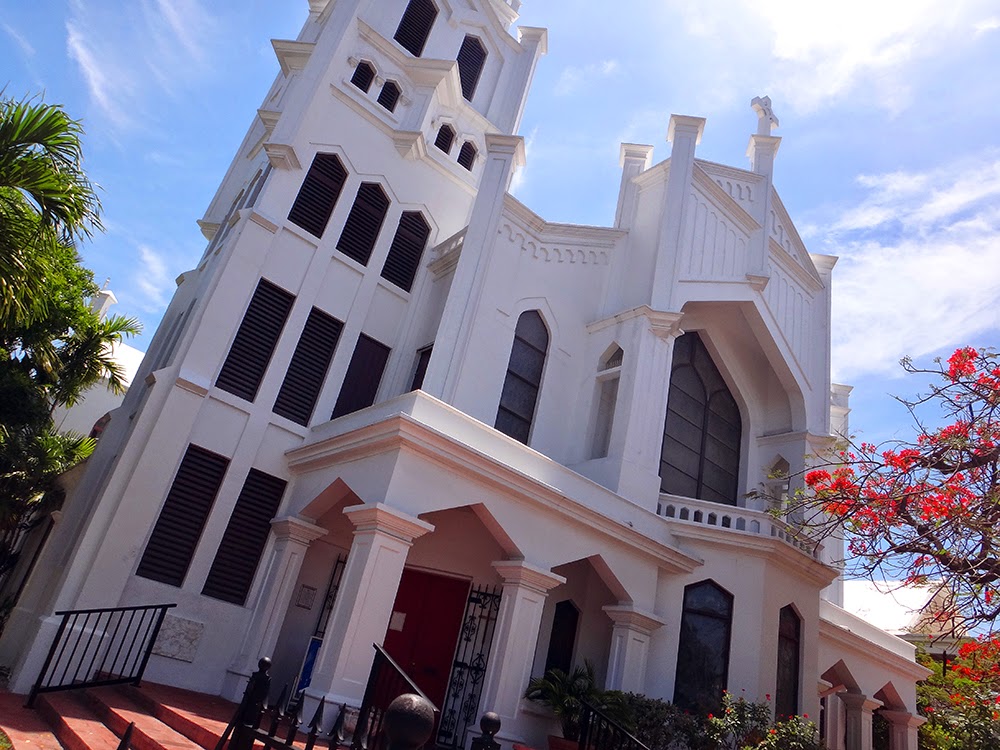 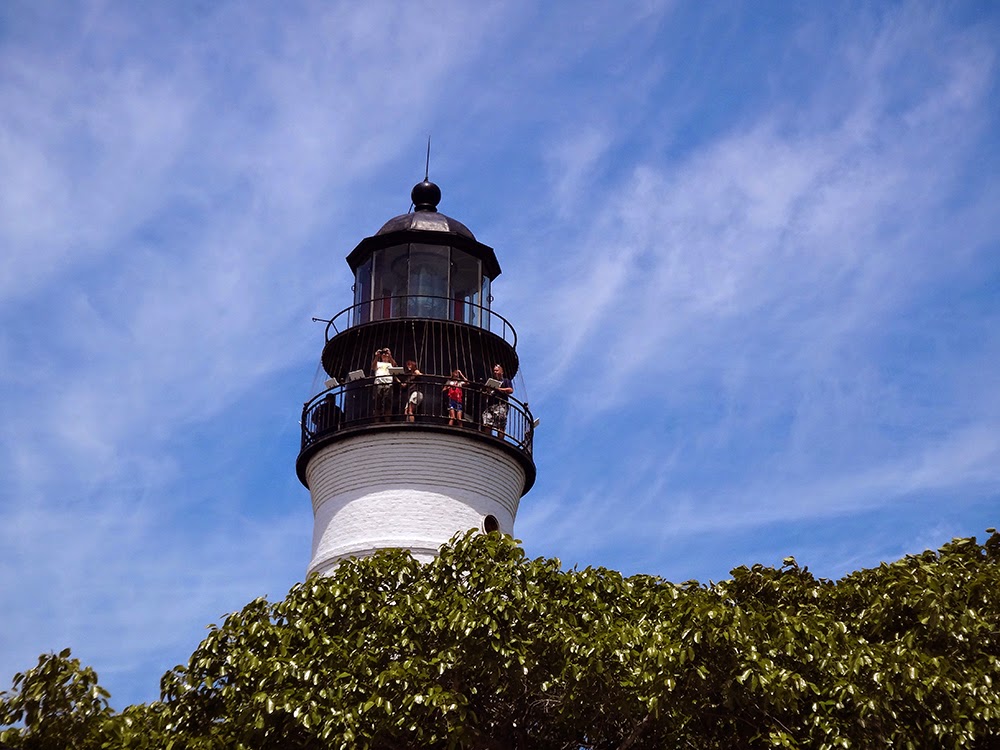 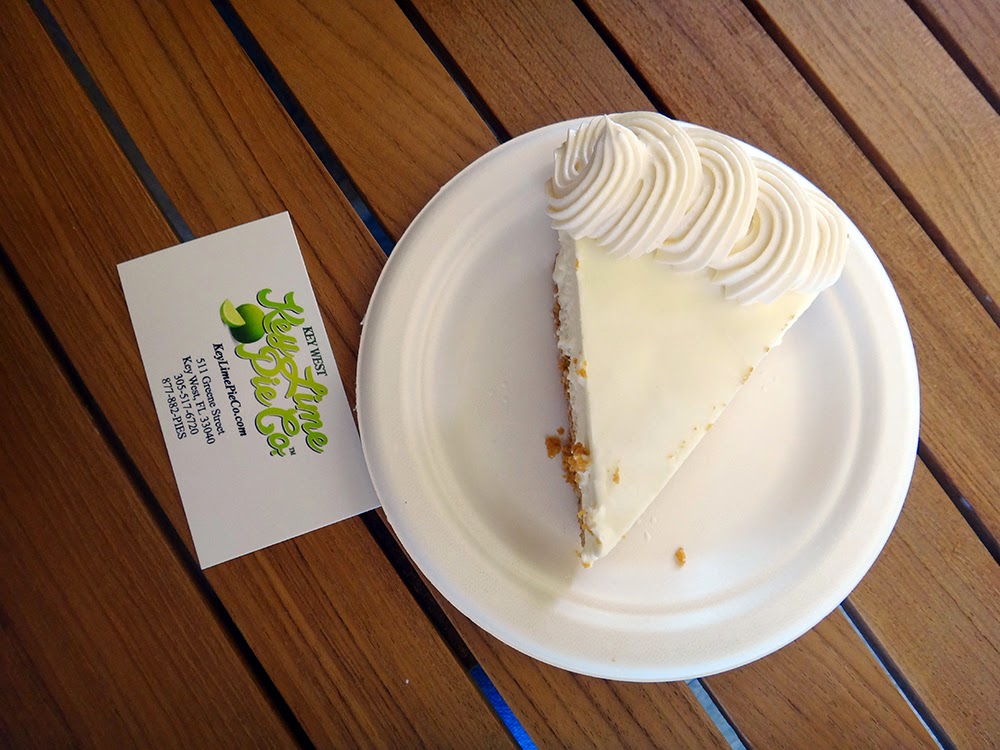 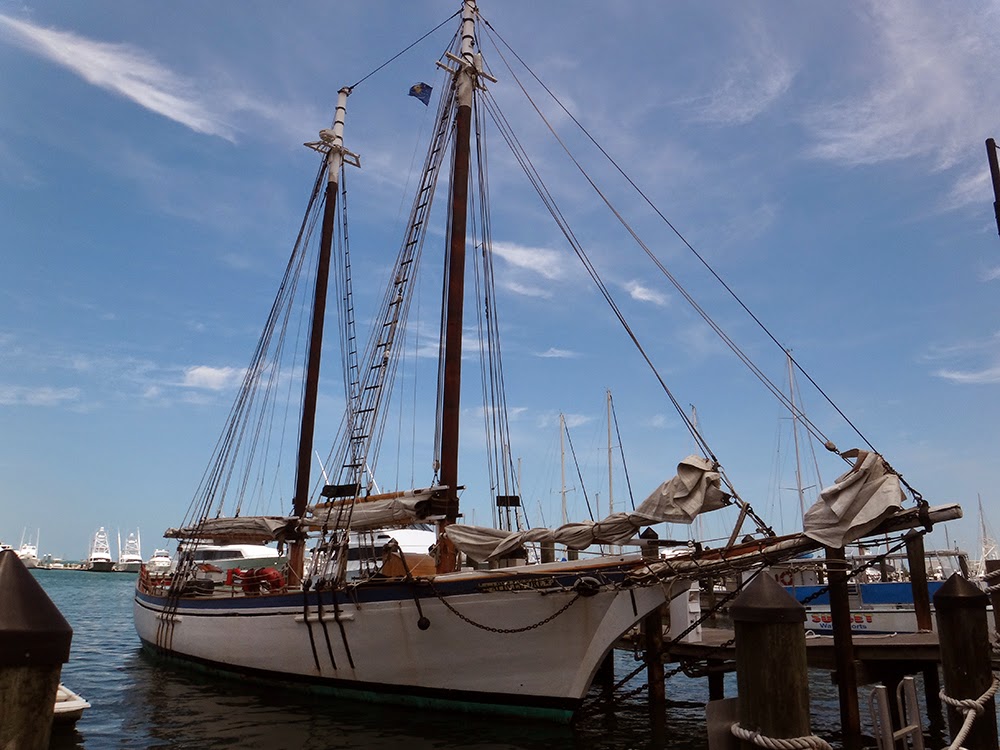 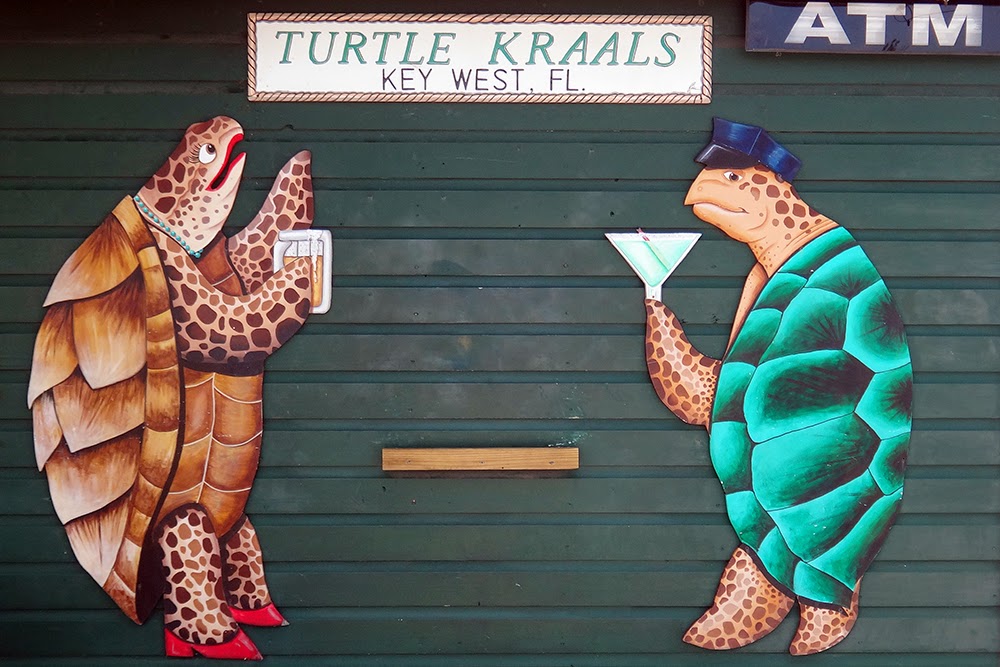 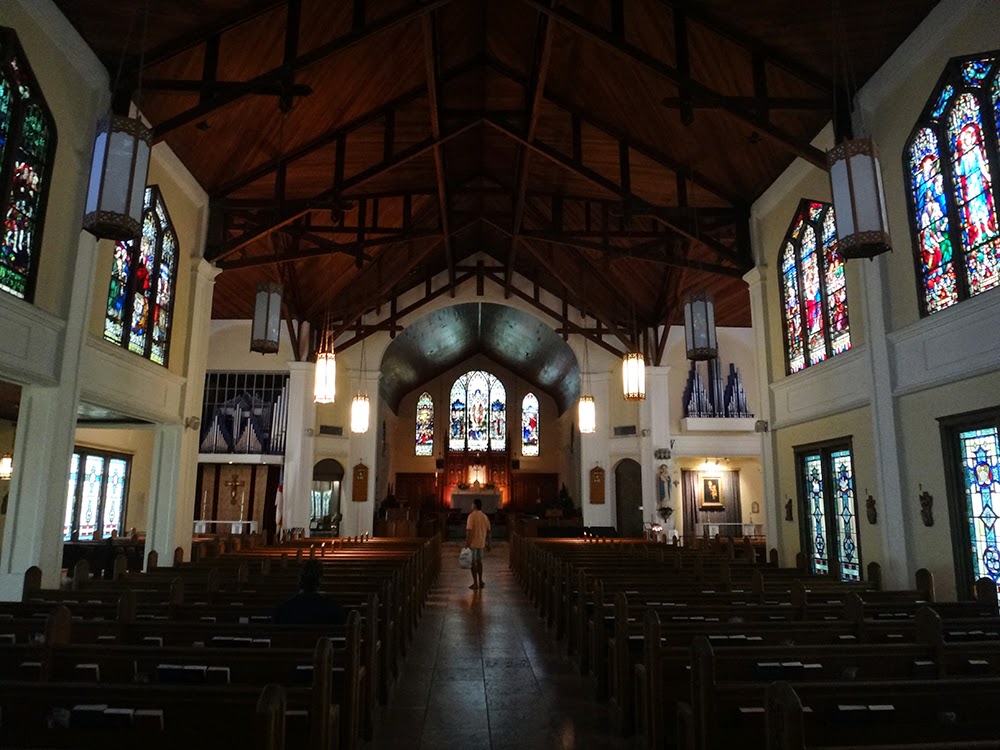 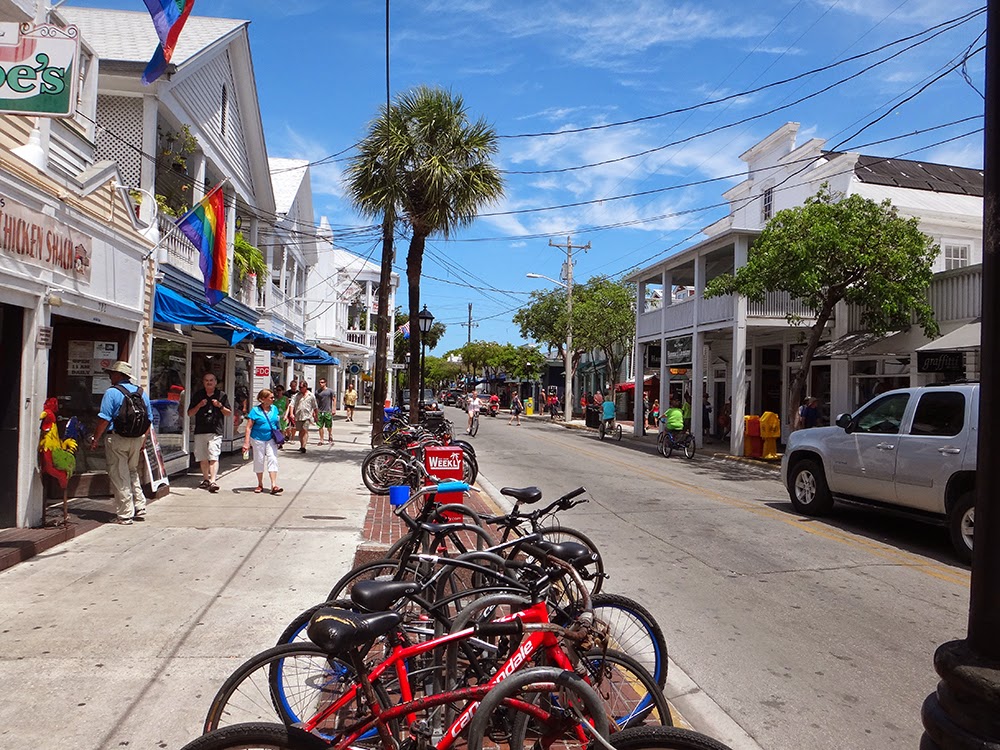 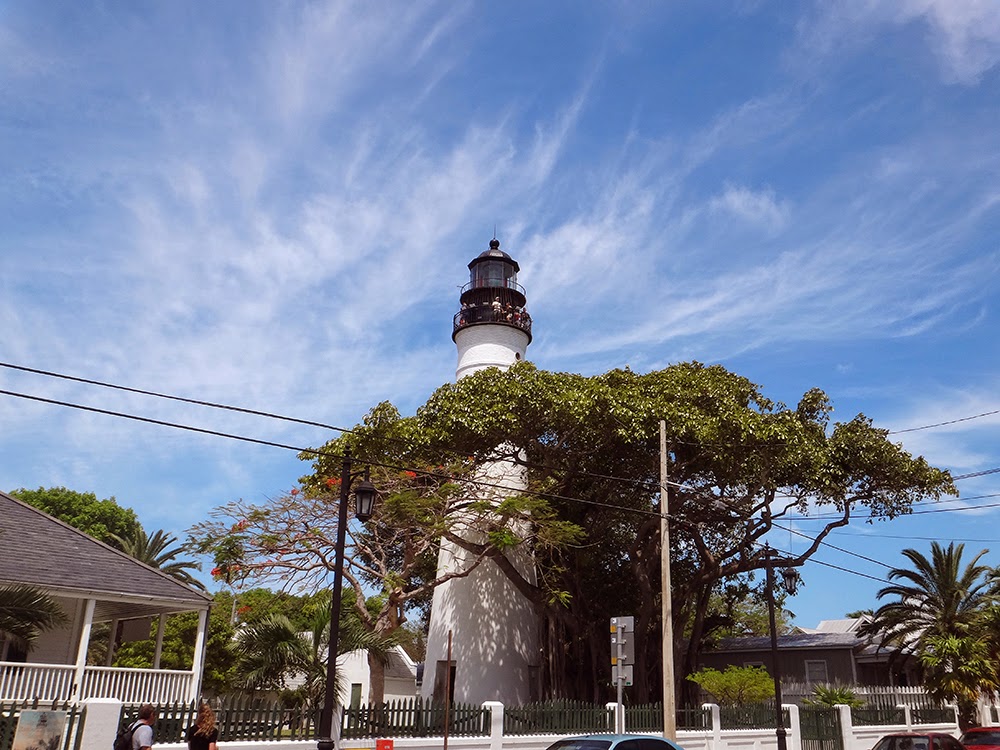 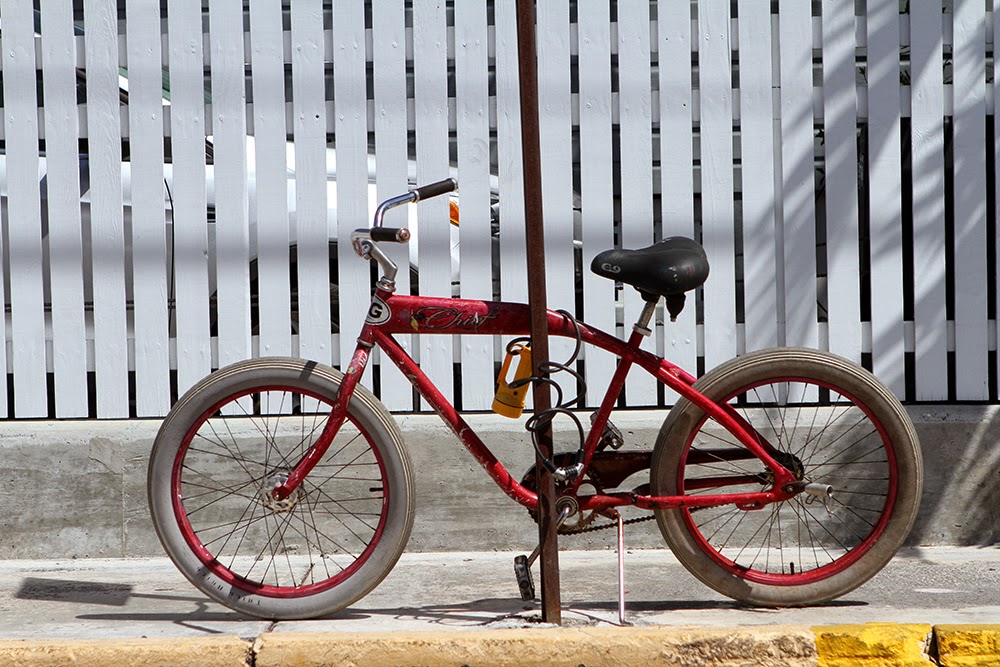 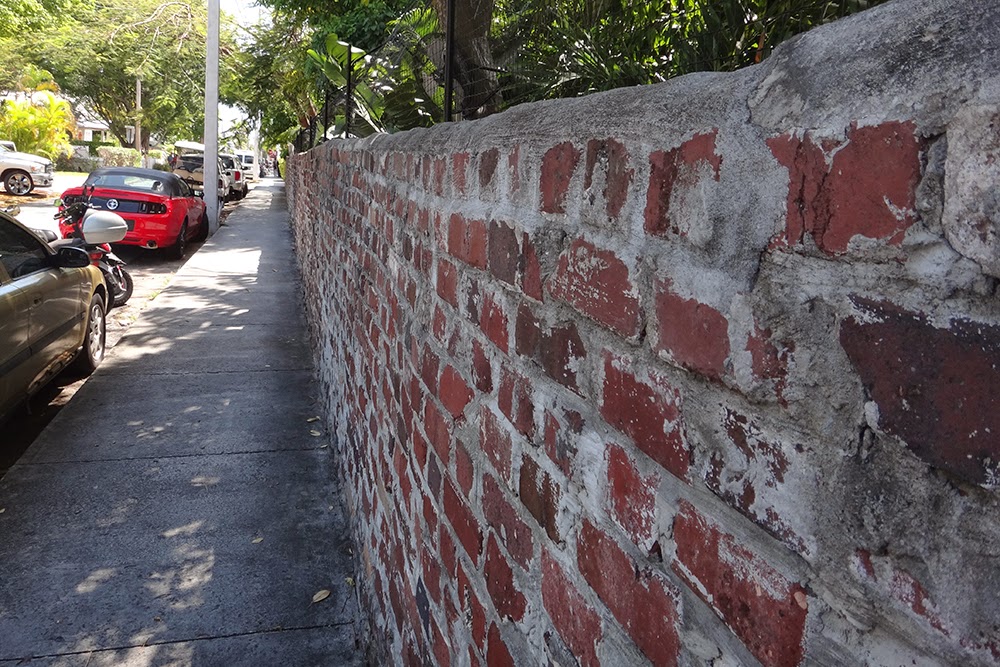 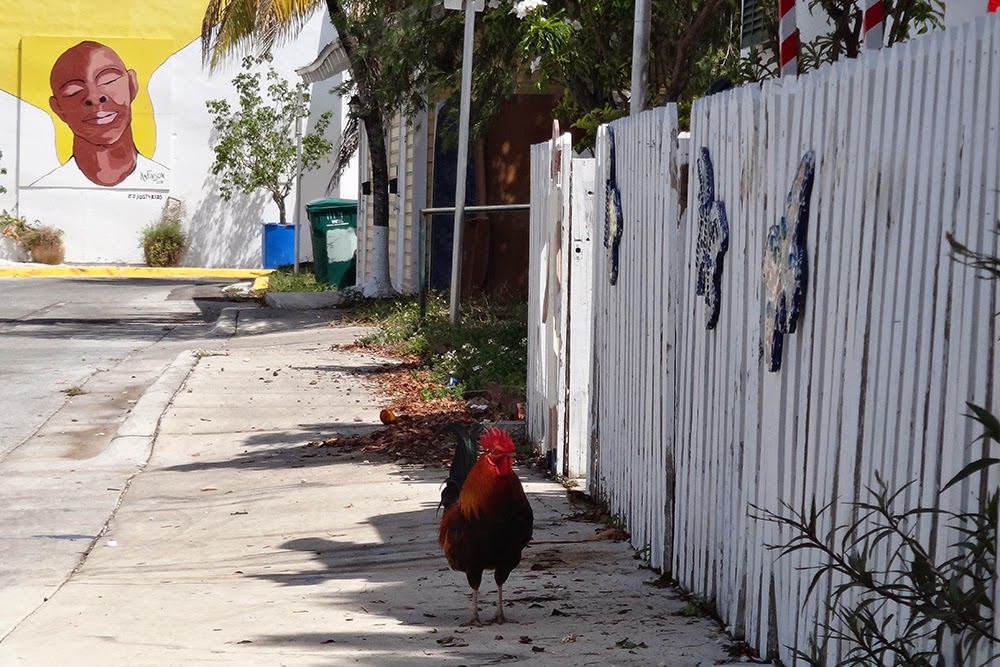 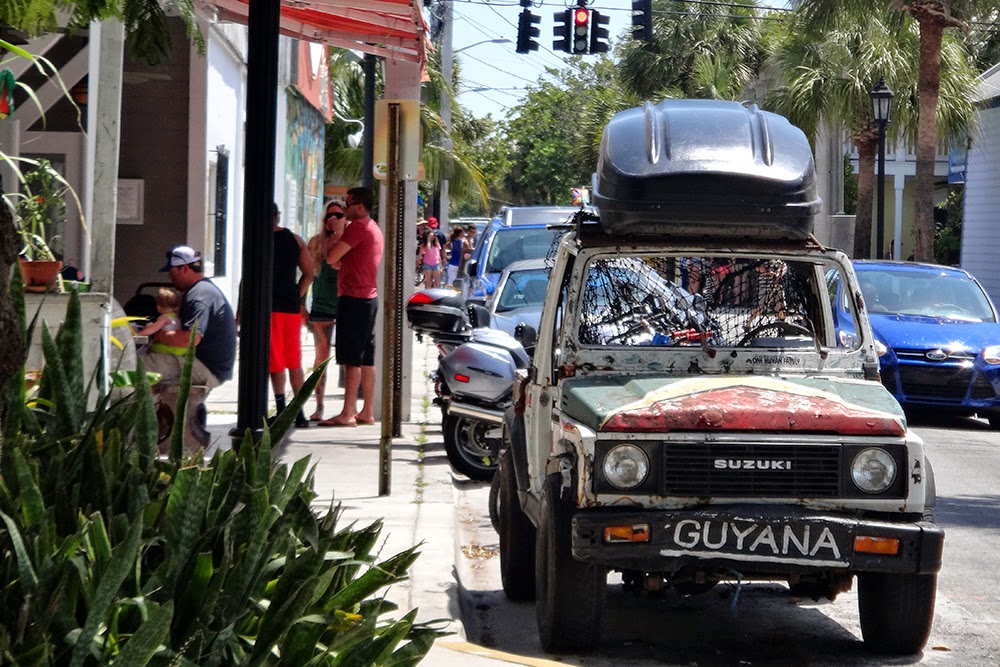 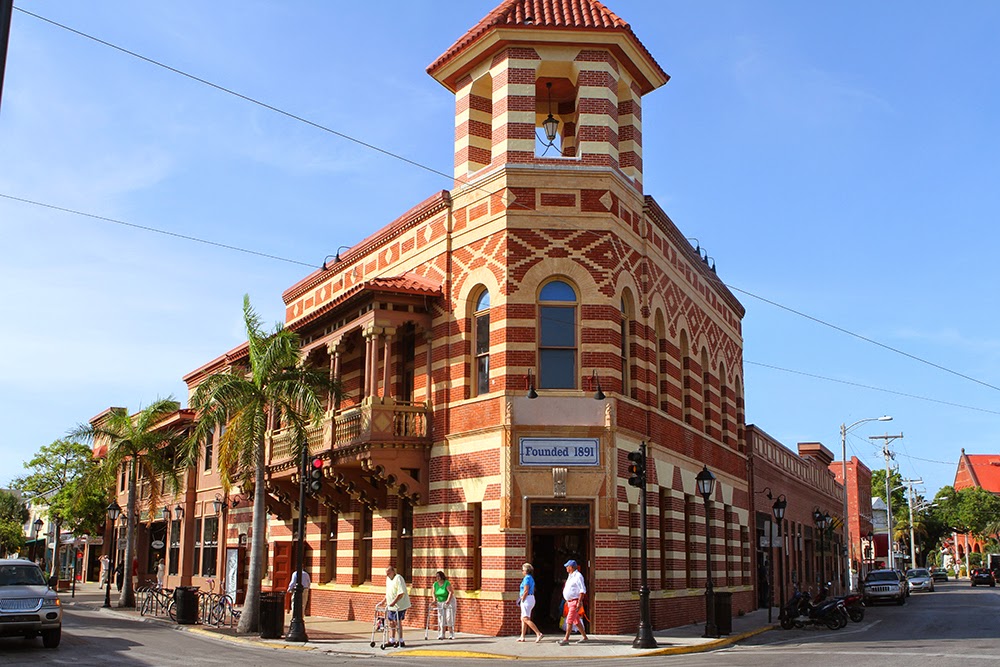 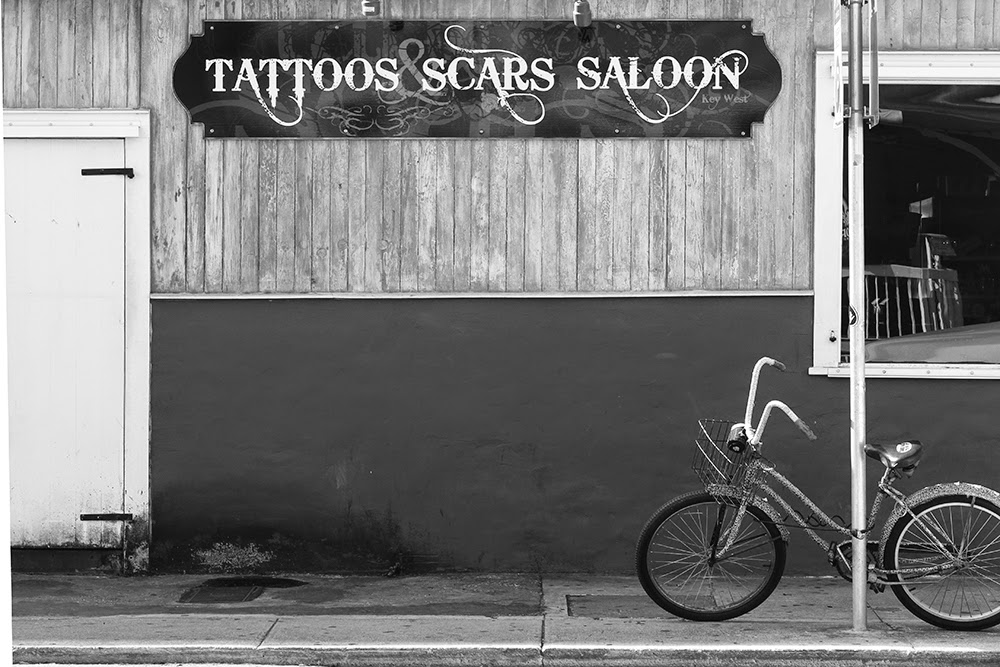 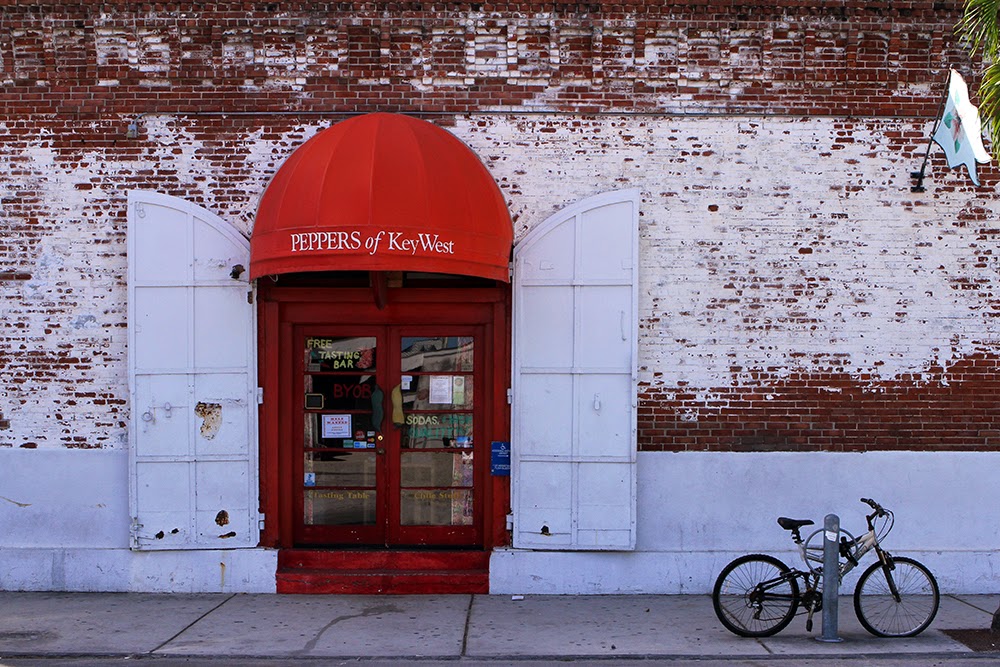 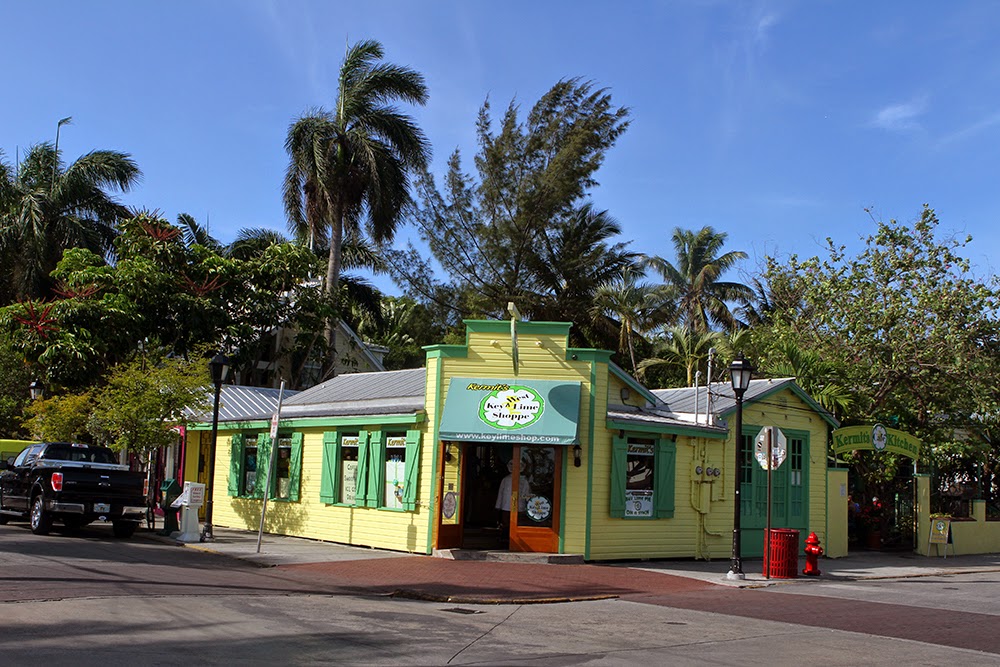 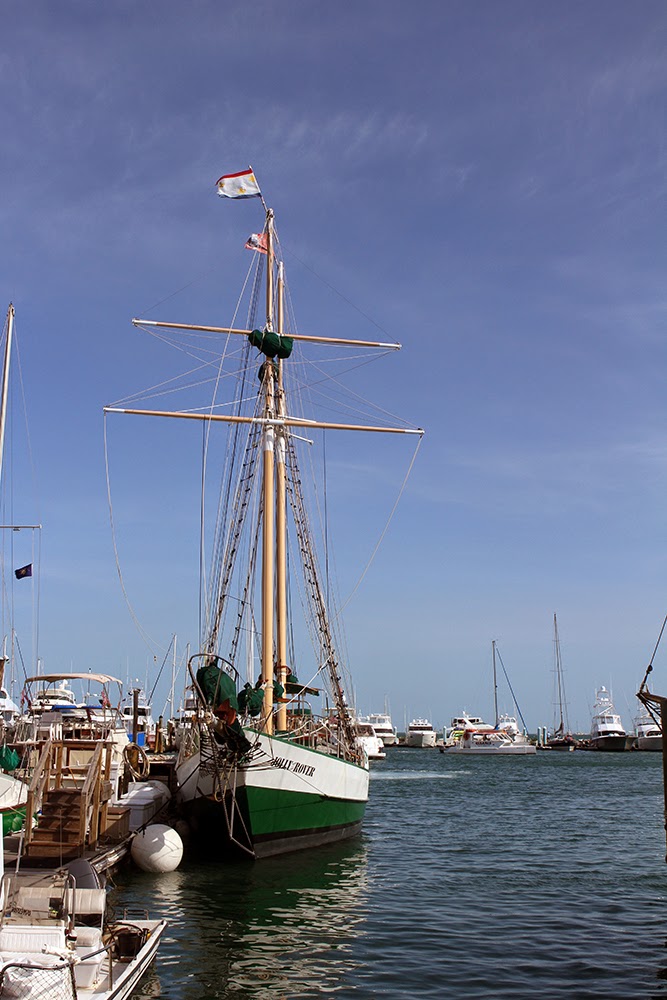 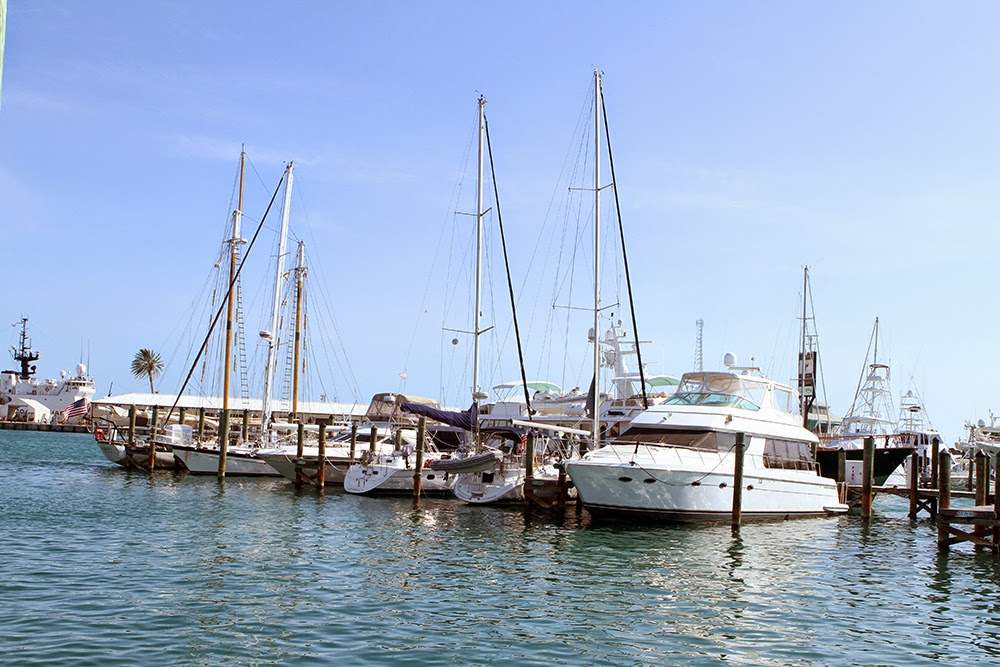 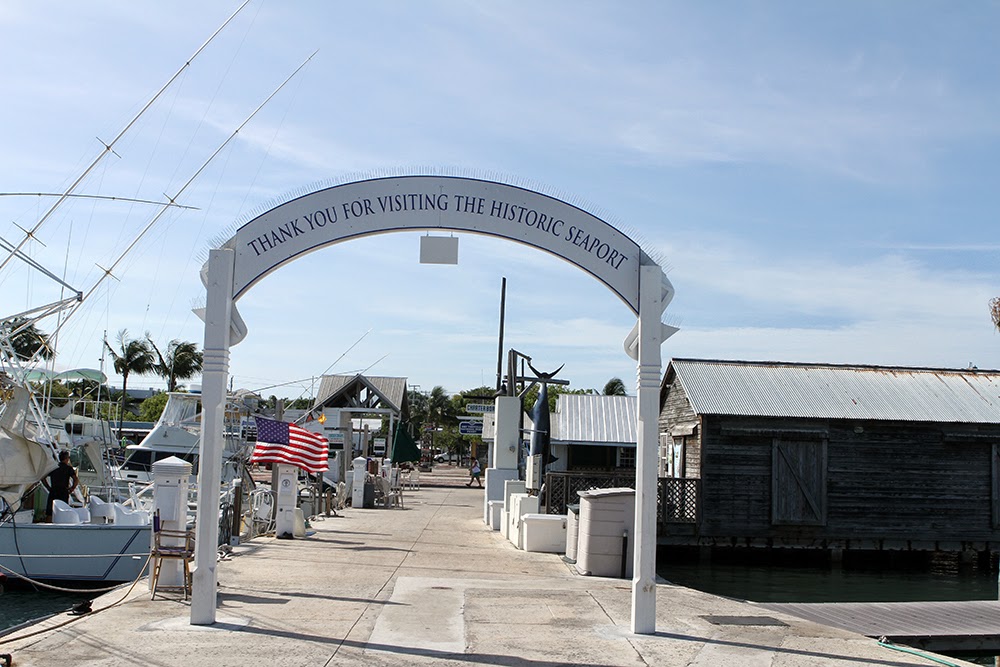 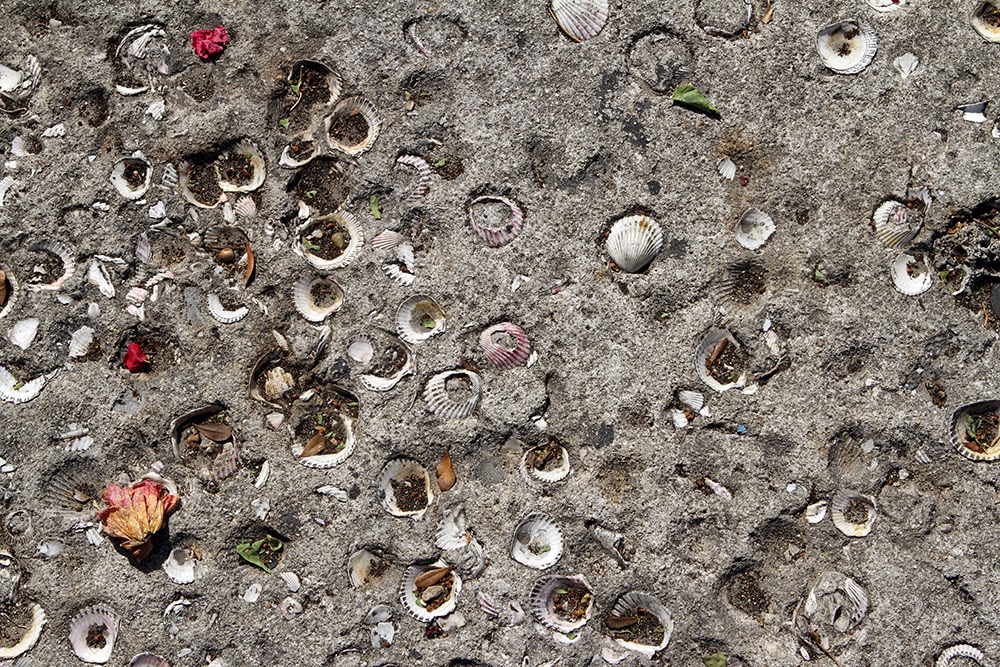 Shells in the concrete walk area 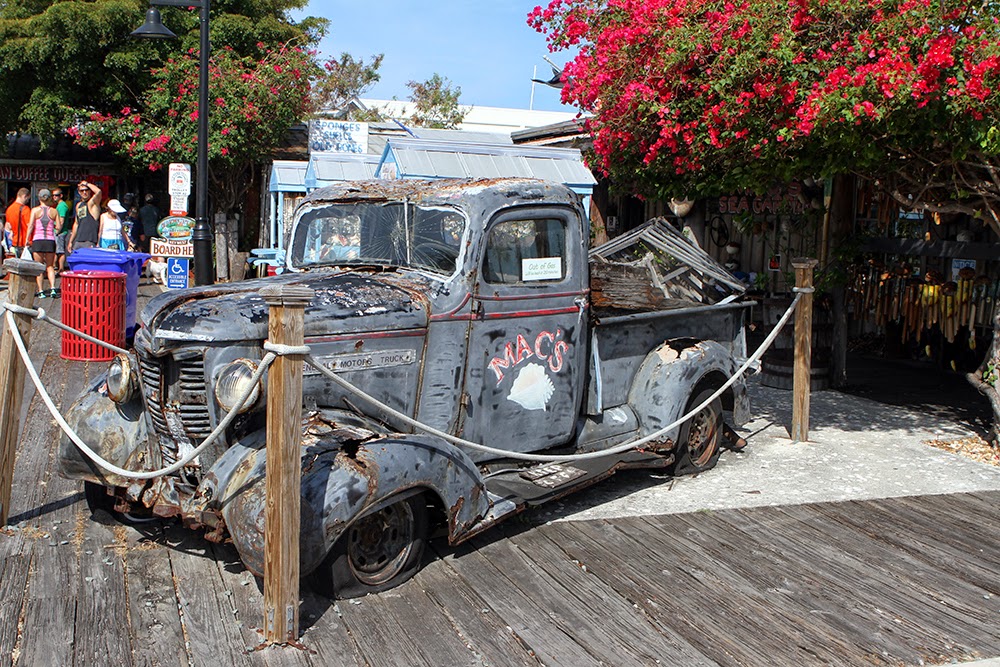 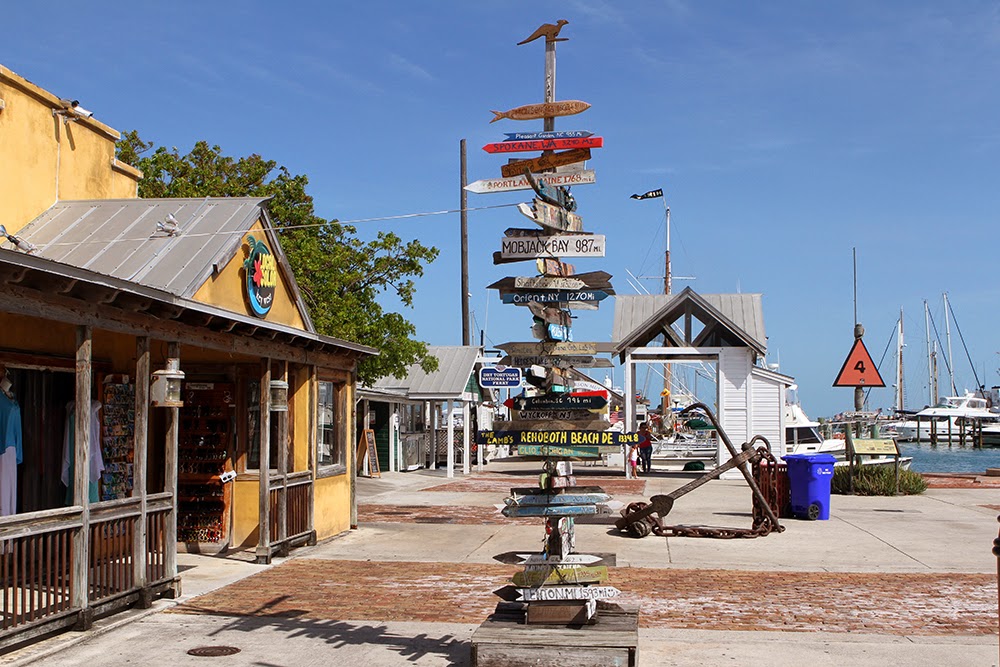 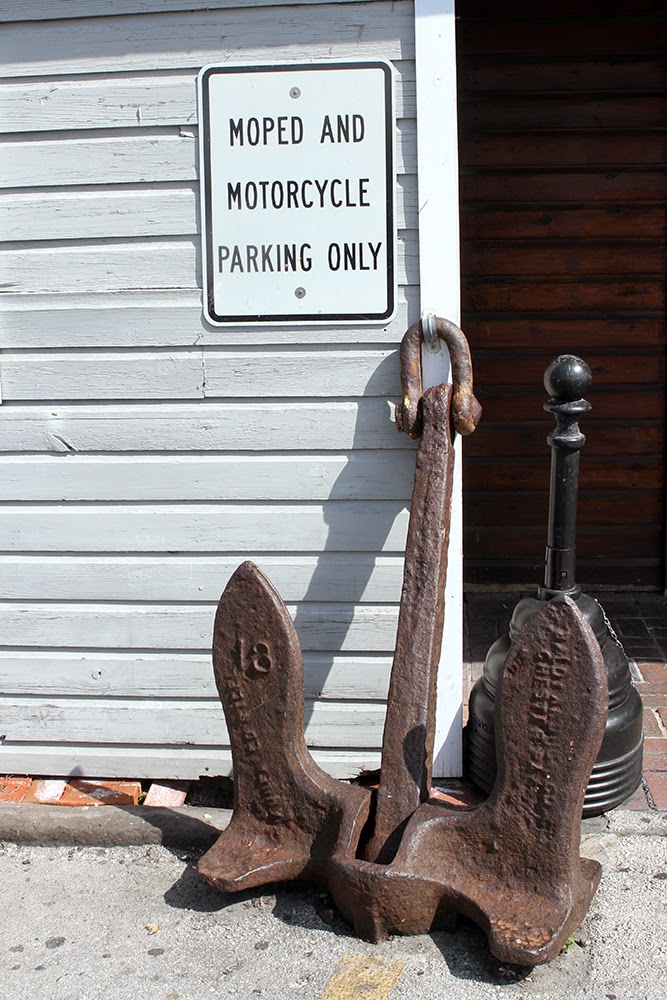 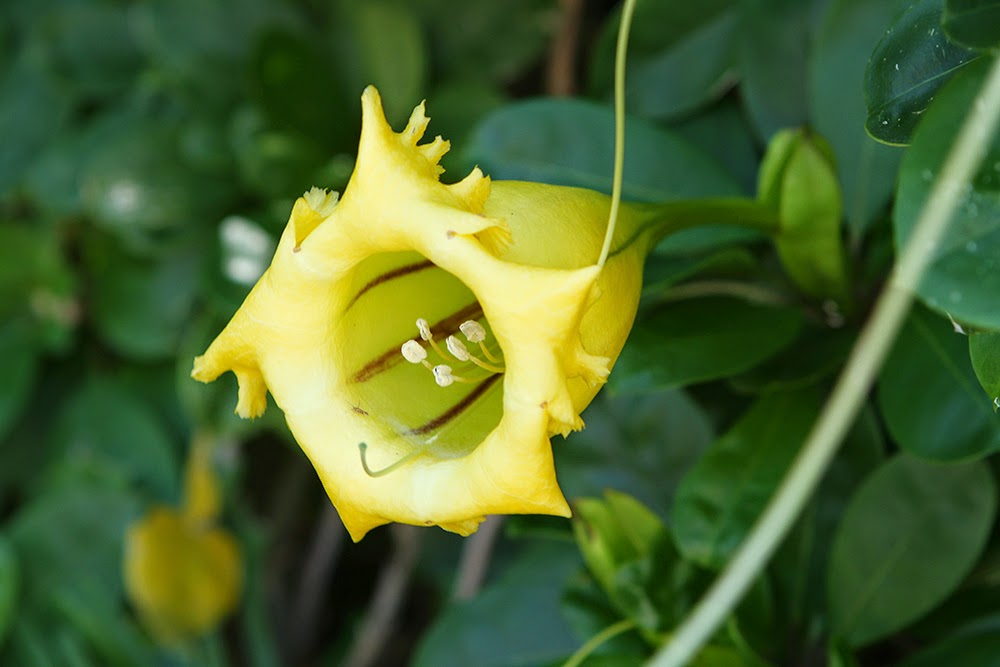 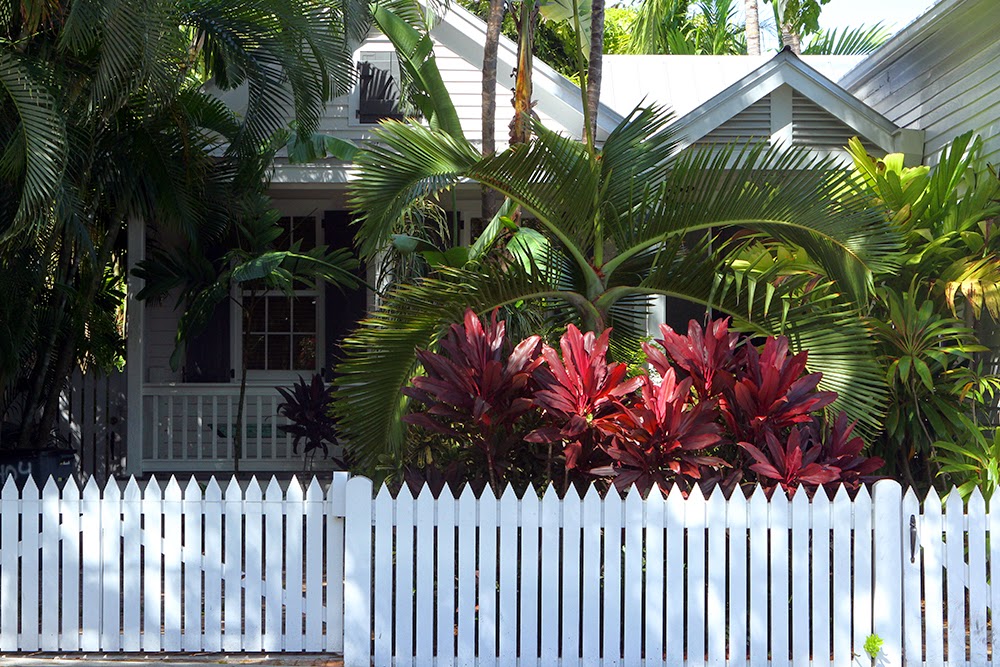 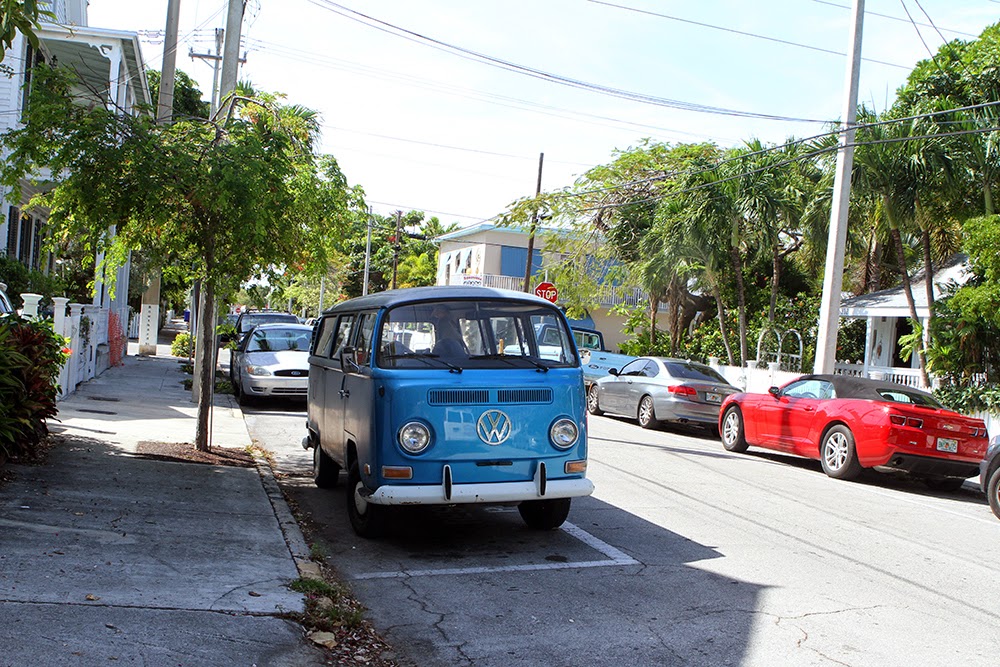 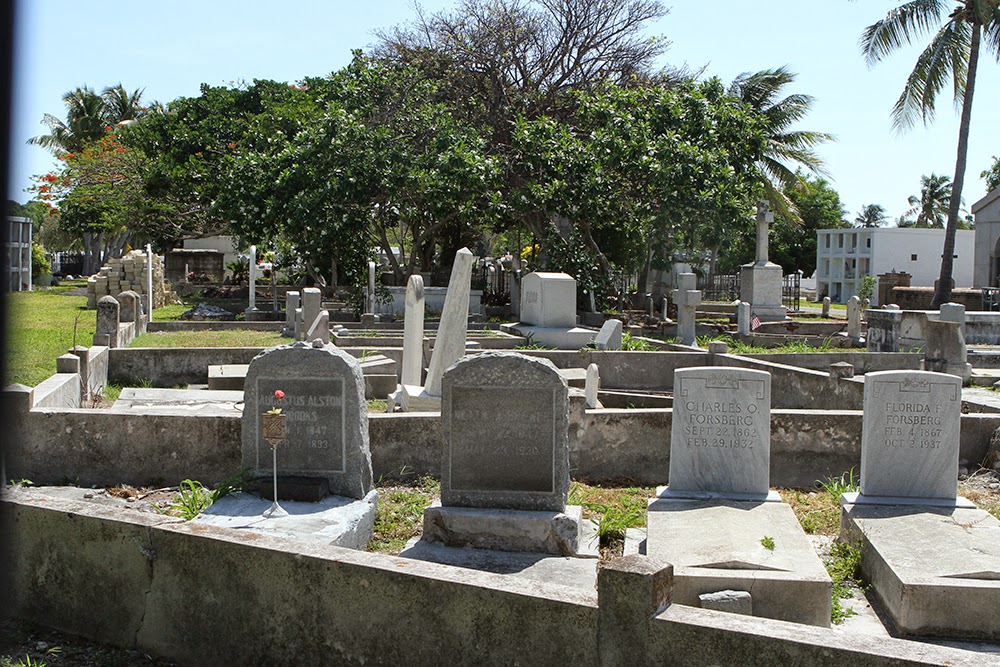 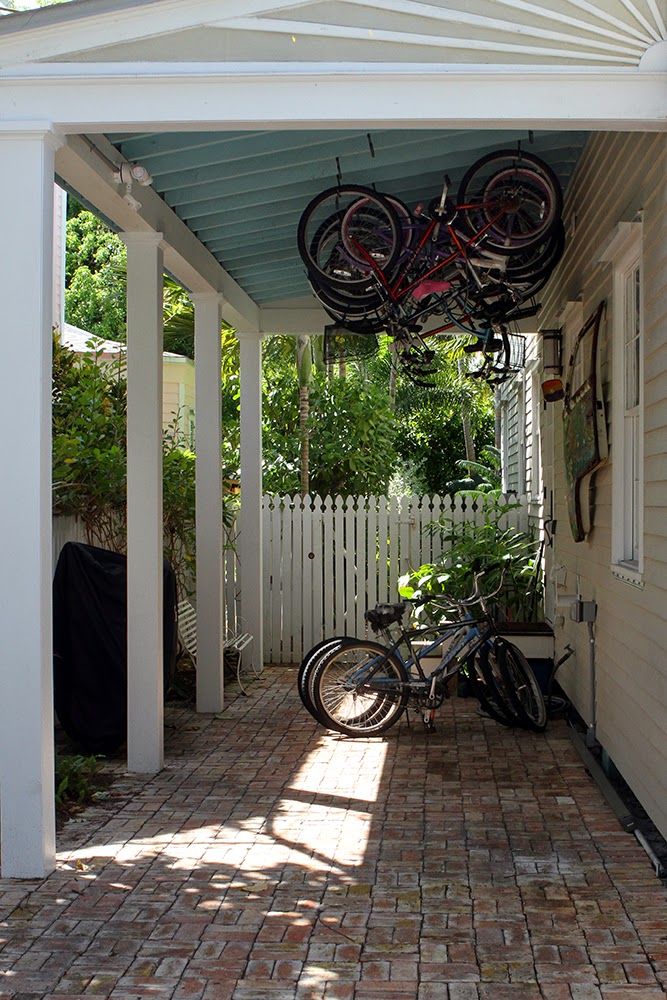 Posted by Craig Elliott at 7:40 PM